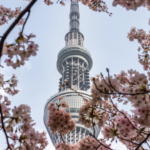 The individual technology of Japanese companies is excellent.

But Japan has a weak ability to in organize technology.

This is due to the multiple subcontracting structure.

Position is important in Japan.
Toyota is building a Toyota house. Will BMW build a house?

BMW doesn’t selling a house because it doesn’t have the technology and information to build a house.

If your boss doesn’t have the information and skills, your subordinates won’t know what to do.
So, of course, you can’t build a house.

But Japan is different.

Even if your boss doesn’t have the skills and information, you can make it if you have smart subordinates.

Your subordinates will investigate and help your boss realize his dreams.

And incorporate it into a given job.

So if Toyota realizes that it is profitable to build a house, Toyota selling a house that company is Toyota home in japan.

There are many subcontractors to build a house.

The person who designs.

The person who operates.

The person who makes the foundation of a building.

A person who does electrical work.

They think and do the work they are given, even if their boss doesn’t have the information or skills.

Subordinates can manage to complete the construction by looking at the drawings.

So in Japan, if you have money, you can do any field in Japan.

Work with a Japanese company

When working with Japanese companies, it is very advantageous to understand this characteristic well.
For example, if you want a technology or product that you don’t have, and if you have some money.
If you ask them to make this, they will make it.

You can understand know-how and manufacturing technology to some extent.

So hire someone who is familiar with the field, one who can speak Japanese, and let them negotiate and interact with it.

For example, let’s say you have a company that makes 4-wheel buggies.

The current engine is not good, so they want to change to a new engine.

Their company can make frames, but not engines.

Engine manufacturing and design is difficult.

But to a Japanese motorcycle maker who already has an engine

You can say that you should make a contract and use the engine.
Then Japanese companies are now declining in motorcycle production. Therefore, it provides its own engine as it is.

Then the company can become a four-wheeled buggy company that makes everything from the engine to the frame.

This is the method adopted by Apple’s Steve Jobs.

Apple was in trouble because the printer performance was not good.
Until then, it had been developed in-house, but we negotiated with Canon in Japan.

At first Canon refused.
However, Jobs offered Canon could be advertised that Canon’s inkjet technology was used in Apple printers.

He bought the Canon inkjet as it was and attached it to an Apple printer.

From that point on, Jobs changed his mind and switched to the idea that it would be better to collect excellent overseas products.

That was also a factor in Apple’s success.

For example, about smartphones