How to get highly-skilled human resources in Japan 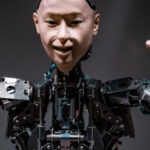 China and South Korea are the countries that are using Japan well.

Their method is not a business partnership.

They are get out the best buried talent in Japan.

Why is it possible?

In Japan, people who have made good inventions are generally disturbed and relegated.

Dr. Nakamura of Japan, who invented the blue diode and won the Nobel Prize, was also criticized by the media.

He claimed the right to the invention to the company he worked for.
The amount is some millions of Dollar

He was excellent, but was disturbed by Japan because he claimed the company the right to invent.

He is no longer available to anyone at the company. He was lonely.

Because he bring an action against his company.

He developed the blue diode for the first time in the world because of his excellent ability.

But because of his excellent ability he was hated in Japan

However, when he won the Nobel Prize, the Japanese media praised Dr. Nakamura.

The media has taken the exact opposite of what it was 20 years ago.

Because his talent was recognized in the world.

There are many such examples in Japan.

The Japanese programming engineer who developed Winny went to trial.

His technology was very good and became the basis of today’s cryptocurrencies.

However, using the technology he invented, copyrighted videos were sometimes distributed and illegally downloaded.

It was a trial by saying that it shouldn’t be done, and this was a seven-year trial up to the Supreme Court.

He was not guilty after all, but spent seven years on trial and was exhausted.

And he died shortly after the Supreme Court ruling

Cryptocurrency advocate Satoshi Nakamoto, a mysterious person known in the morning, sees it and escapes to the United States.

If you develop ridiculous technology or technology, it will be terrible in Japan

I think this is largely due to Japanese education

I will touch on this point in the next article.