Reasons why Japan’s IT technology is behind: Labor Standards Law 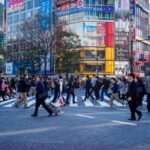 Today, I would like to consider why Japan’s IT technology lags behind Western European countries from the perspective of the Labor Standards Law.

First of all, Japan has a system called lifetime employment system.
There is a law on employment and labor called the Labor Standards Law.

It is unthinkable overseas, but in Japan, if an employee who has been hired once lacks the ability, he cannot be fired!

There is a mysterious mechanism in which even if you mistakenly hire a person with low abilities, you have to keep paying even if that person does not work.

Why is this reluctance being adopted?
This is because Japan has adopted the law that was very effective 40 or 50 years ago during the period of high economic miracle without changing it.

A politician named Kakuei Tanaka made a policy of a major remodeling plan in Japan, built Shinkansen and highways all over Japan, and improved the local economy.

This civil engineering business has jobs for everyone, from those with high abilities to those with low abilities.

A smart person designs. We plan the business and do structural calculations to design higher structures.

At that time, there were no structural calculation applications like we do now, so we did most of them manually.

Hard-working Japanese people and highly qualified people, such as those who graduated from the University of Tokyo or Kyoto University, performed structural calculations to support Japanese civil engineering technology.

People with low abilities and physical strength had the job of building formwork, pouring concrete, and digging holes at the actual site.

In this way, in the civil engineering business, it was possible for smart people to design, those who were not, and when it was found that they were not appropriate, they could be reassigned within the company.
Therefore, under the Labor Standards Law of Japan, it is not possible to dismiss because of low ability.
Once you hire a person, it is the responsibility of the company to give that person a decent job.

But times have changed a lot

That’s a big reason why Japanese companies, which made up half of the top 10 global companies in the 1990s, almost disappeared.

The biggest difference between the IT world and the civil engineering business is that in IT, talent and ability are everything.

There is no such thing as a programming job that a low-skilled person can do.

That is incomprehensible to the high-ranking government officials who make the law, called bureaucrats.

Law-making, bureaucrats are not hired by the private sector like in the United States and Europe
Only those who have passed the super-difficult exam, the senior national civil service exam, will make the law for this position and make the national policy.

Moreover, since bureaucrats are also seniority-based, they do not have the authority to make laws until they are around 50 years old.

Therefore, when I was about 20 years old, I became a bureaucrat, and after about 30 years, I could finally make the ideal law that the person thinks.

In other words, Japan has been behind in legal development for 30 years in the IT field from Europe and the United States.

Recently, the Digital Agency was established, and system orders from all ministries and agencies are now passed through the Digital Agency. The Ministry of Land, Infrastructure, Transport and Tourism and the Ministry of Health and Welfare can no longer place orders for the system. Since the official is an IT amateur, a fairly useless system was created. The card of the Basic Resident Register was the best.

A person appointed by the Digital Agency has stated that all systems of the Government of Japan will use Amazon services in the future.

Because Japan’s IT technology is behind, it is not possible to develop functions at the speed of AWS, and if you use the large Amazon, there are few problems such as failure and information leakage.

However, this is a big blunder in the sense that it fosters hellish human resources who can nurture their own industry with some technology.

Placing an order with Amazon costs money to maintain the software even after the order is placed.
All that money goes to America.

Even if the technology is a little windy and troubles and data leaks occasionally, if you place an order with a Japanese company, human resources in Japan will grow and money will fall to Japan.
And the Japanese economy will be enriched

But in Japan, failure is extremely blamed, so government officials don’t think about the Japanese economy or long-term perspectives.
It is a great success not to fail for your own success.

We adopted AWS, which is safer and less likely to fail for our own protection.

This is also the opposite of the Japanese government, which is trying to develop national IT technology by making a lot of subsidies such as IT subsidies.

The tax is also put in there, which direction does Japan really want to go? Who has what authority? Is proof that is not clear.

Story was it. This time we talked about why IT human resources are not growing.

It was mainly due to the law that, according to the practice of the high economic miracle era that was pulling the Japanese economy, it was not possible to dismiss despite the low employee capacity.

Due to this law that is not in line with the sieving era, the number of dispatched labor companies is increasing in the IT industry.

This is a company that goes through the web of law. However, the government is demanding that the law be obeyed, so this is an unavoidable field.

IT companies cannot dismiss employees they hire, even if they have low abilities.

On the other hand, if you hire a human resource through a dispatched foreign car, you can dismiss the employee when he / she finds that he / she is not capable.
This is because it is not an employment but a business consignment contract.

To do this, the IT company pays about $3,000 to the dispatched labor company every month.

Most of the best IT engineers in Japan are quoted at $6000 per month.

However, the number of talented engineers is small, and even if it becomes clear that they were not suitable after hiring, the company must pay a monthly salary of $2000 to $3000 to employees who cannot work. not. Because you can’t dismiss.

This is very risky. Therefore, as an IT company, we will hire human resources even if we add $3,000 every month and pay $6,000 yen to an IT dispatching company.

Since such unrealistic laws will not be modified forever, there are many dispatching companies in Japan that go through the mesh of the law, that is, to make employment realistic. I have.

One of the big companies is a company called Recruit.
This company is a very good company. In the past, I used to sell part-time information magazines at convenience stores and introduce new graduates to companies.

However, Recruit realized that IT technology influences the company’s performance itself, and has hired 200 to 300 new programmer graduates every year since about 20 years ago.
I saw the site, but it seems that the number of people hired is not announced now.
https://www.recruit-jinji.jp/

For this reason, Recruit can now switch to a system that uses applications on the Web to introduce all of the housing introductions and part-time job introductions that were previously paper media in-house, and it has become a big profit. rice field

Even in Japan, excellent companies that have realized the importance of IT technology and those with financial resources hire new graduates on their own. And we are doing things like growing it

But most companies don’t
There is no important financial power, no human resources to nurture, no people to educate, and the place is steadily lagging behind.

A small rural printing shop in Japan has lost its printing job, and it is not taken over by a large printing company in the area, but Google etc. in the United States has a job of advertising and advertising in the Japanese countryside. It is an era of being taken.

Is that globalization is progressing.
And it is unavoidable that those who lose to IT technology lose their position in the world economy more and more.

However, most Japanese bureaucrats still understand young people, but at the age of 50, most of them still do not understand it.

Therefore, the necessary amendments to the law will not be made, and Japan’s economic power will continue to decline.

What can we do for that?

Part 1
First of all, do not expect the country
Don’t count on subsidies
If you get a grant, you have to do things the way the old bureaucrats thought you would get the grant.
In other words, you have to fight in an old way and in a way that is not timely.

Of course, if you want a grant, that’s fine.
The country is wasting old money because it’s another matter, not your company’s.

However, if you want to improve your company’s performance, use IT technology to change your company, and make it a company that can contribute to the world to some extent, you should not participate in projects that can get subsidies. Probably.

Whether it’s painful or difficult, it’s more effective in the long run to educate your employees from scratch.

That’s all for today’s story.
Thank you for reading this far.