Why Japanese politics is third-class 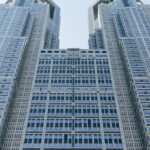 Why is Japanese politics third-class?

To explain what we say, we go back to the history of the Edo period about BC.1600.

It is hard to imagine in Western Europe, but there is a situation in which Japan prioritized the establishment of politics no matter what kind of stupid lord.

Tokugawa, the 8th Shogun, and Yoshimune Tokugawa were very clear and talented. The economic condition of the Tokugawa Family was revived. That is called Kyoho-Devolution.

Improved the finances of the Edo Shogunate at that time

To Yoshimune, the eldest son had a child with a disability. He had a speech disorder and the words were incomprehensible to the normal person.

However, in Japan, there was a rule that the eldest son of the Tokugawa family, a direct descendant, would succeed.

So a child with a language disorder took over.

It is said that what happened at this time was Tanuma’s bribery politics.

The person who was the caretaker of the child, Tanuma Okitsugu, was the only one who could understand the words of the King, who had a speech disorder.

Tanuma did bad politics by giving himself to bribe.

A huge bribe was infested

And the King at that time didn’t even know that Tanuma Okitsugu was doing something wrong.

Even though politics has deteriorated and corruption has taken place, people with speech disabilities are the leaders of one country.

It is worth noting that the government will still survive.

In other words, in Japan, where politics has been carried out not by ability but by relatives, there is a mechanism in Japan that was thought to make politics work for any idiot.

It was taken over around 1890 in the Meiji era, when the samurai era ended, and became the bureaucracy.

Create politics with talented and smart people who have passed difficult exams. It is a mechanism in which politics is carried out no matter how stupid the prime minister or minister is.

Ohkubo Toshimichi who made bureaucracy in Japan.

So basically, in Japan, the prime minister and ministers work as stupid people.

When the Cabinet Cyber Security Minister says he has never used a computer, he makes a fuss in Western Europe.

But it ’s commonplace in Japan.

Basically, the minister doesn’t know anything. However, in Japan, there is a mechanism in which excellent bureaucrats support the King.

It may be difficult to understand in the West because of these things.

In this way, in the basic Japanese political system, politics is operated no matter what kind of idiot becomes TOP.

There is a mechanism in Japan that aristocrats and those born to the lord’s family become the top of politics.

On the other hand, the foundation of the new America is completely different.

First President of the United States Washington was a widowed child. But in the battle of the Revolutionary War with Britain, he worked as an aide to the army and finally as a commander, bringing victory to the American army.

Washington was a person with excellent leadership and personality

Even if you are not a wealthy family and were born in a widow’s family, those with abilities stand at the top. Such a mechanism forms the basis of America.

This is a big difference in Japan

And the United States is given great authority to the president

Even if the bill was created by hundreds of days in Congress, it will be invalid if one president rejects the law.

In Japan, it is decided by a majority vote, so if half of the adults in the Cabinet Office disagree, even the Prime Minister must obey it.

Don’t be a smart person, but be liked by everyone and settle by majority vote. This is what Japanese politicians want.

Therefore, talented people are difficult for people to understand, and the number of sponsors cannot be increased very much.

Therefore, an incompetent person who is only friendly is the prime minister in Japan.

I think this is also one of the things that is difficult to understand in Western countries.