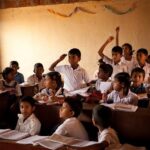 In Japan, the president cannot be decided by himself.

The CEO must consult with the officers.

A funny story (true story) that I talked to the representative.

A Japanese CEO and an American company CEO had a business talk.

“Wait a minute, I have to go back to Japan and talk to the officers to sign,”

The president of an American company was surprised.

“Wait a minute?, weren’t you the CEO?
Who have I been talking to? ”

In Japan, there are about 20 directors under the CEO.
The most large company has coordinator of CEO.

The CEO can only sign if the majority agrees in Japan.

Nemawashi (根回し) in Japanese means an informal process of quietly laying the foundation for some proposed change or project, by talking to the people concerned, gathering support and feedback, and so forth. It is considered an important element in any major change, before any formal steps are taken, and successful nemawashi enables changes to be carried out with the consent of all sides.

CEO can’t go unless CEO have many allies in Japan

As Sony’s next president, the founder chose a music soloist.

This is because the founders, Mr. Ifuka and Mr. Morita, liked it.

But the company still runs well at that time.

After the number of office worker presidents increased, Japanese companies could no longer adventure

CEO have to listen to the opinions of those around CEO.

The more capable people are, the less likely they are to become president.

The president is the founder of all the companies that are energetic in Japan today.

Since they are founders, they can decide by themselves.

The more capable people are, the less likely they are to become president in Japan

It is important to pull out such human resources.

From overseas, this is a great opportunity.

Talented and talented people come all the way to their company

It costs money to have a Japanese interpreter.

However, it is possible to hire more human resources than that.