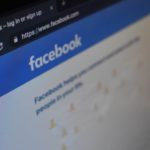 Why should not we prioritize profits?

An acquaintance of mine is working on training for newcomers.
He is training for a major trading company, where useing Raspberry Pi, Arduino and Python to make new products.

It’s always said that you are professionals!

Be sure to make something that makes a profit!

It is said strictly and is told many times.

A service that attaches a sensor to an umbrella and returns the rented umbrella properly at a department store.

Even there, newcomers requires how much earn 30 cents or 1 dollar.

They learn that professionals must make a profit.

First-class company must be something that makes a profit.

Actually this is wrong. Facebook seems that you made sales of 624 billion dollar this year.
Coronavirus is noprobulem, it’s going well.

But, rudely, Zuckerberg admits, but technically it’s not really a big deal.

There aren’t many technologies that can only be done on Facebook.

As you can see, the game is distributed, but if it is the same, it can be done on YouTube and other services.

They has provided something that users will be happy with before it makes a profit.

This is absolutely true.

When Zuckerberg started Facebook, it was hugely popular at Harvard University.
At other universities, there was a request to make it available as soon as possible, but I couldn’t respond immediately because there was no profit.

Then, little by little, I increased the number of universities that can use Facebook.

At that time, Sony would have been able to do the same.

Even if you give the proposal to the upper management,

What do you do if it doesn’t make such a profit?

Even if there are young people who want to do it, I think  boss got angry.

Even uncle Company executive (sometimes grandfather) can understand that.

That’s why I won’t enter the filed of SNS application.

Because Japanese major company wants profit that is top priority.

We think it about that.

Next time, I would like to touch on another reason, that the officers plan.